Hello! Thank you all who have filled out the Google Form for your assumptions about me! 😁

If you missed the post, here’s the link: https://uniqueselina.wordpress.com/2021/01/25/assumptions/

These are due on February 1st, so you still have time if you haven’t filled it out and you want to fill it out. 😊

Hi! I made a blog called Books and Tea, which will be about book reviews! 📚 Here is the link: https://booksandteaforyouandme.wordpress.com/

What do you think of these quotes? Do you like them? 🙂

For the milestone of 300 followers, I’ve decided to do another round of assumptions!

Please tap this link to go to the Google Form! 😁

The assumptions are due on February 1st, and so I will be posting the answers to your assumptions on that day. 😊

Well, that’s it! 😄 Hope you enjoy the rest of your day!

Hello everyone, my blog now has 300 follows!

This is amazing news! Thank you all for supporting my blog! It means so much to me. 😊

I am so happy today! 😊 What do you want me to do in order to celebrate?

I’m thinking of changing my blog’s name, and I am not so good at making names. 😅

It would be great if you guys could give me some ideas down in the comments! 😆

“AURA!” Rogina shouts in terror, and rushes to catch her. But the huge monster that just popped out of the ground swiped out its hand and grabbed Rogina by the waist.

“UGH!” Rogina yells, and punches the monster furiously. No use.

“Guys! We have to catch Aura!” I scream. Her tiny figure up in the sky was falling at what seemed like a million miles per hour. I gave the monster one last kick, and rushed off to catch Aura. I leaped onto Flora and we raced towards Aura. Seraphine and Blaze followed behind me, and Celeste stayed behind to help Rogina.

Come on, come on, come on! I think, and urge Flora to run faster. Aura’s body was getting nearer and nearer to the ground. I saw Breeze diving down, trying to save Aura too, but she just wasn’t fast enough. I could tell that Flora was getting tired too, and Seraphine’s Yenaki didn’t seem any better than mine.

“Aura…” Seraphine whispered, her voice raspy. I heard giant footsteps rumbling the ground. Seraphine and I whirled around, and my eyes widened. The monster was charging straight. At. Us.

“RUN!” I scream. Seraphine didn’t need to be told twice, and we both jumped off our Yenakis, and ran to save Aura, and also to avoid being monster lunch. Our Yenakis ran into the bushes for safety. The beast was getting closer.

“Fire! Burn! Flames!” Seraphine shouted, trying to conjure some fire. But since she was panicking, nothing seemed to happen. Aura was only a few feet above the ground, and I was too far to catch her.

“Nooooooooo!” I yelp, and everything seemed to be in slow-motion.

Suddenly, a streak of red passed me, and somebody caught Aura just before she hit the ground.

“No time to talk! We have to destroy the creature!” Celeste hollered.

Right. There’s a monster to kill. I think, and race towards Seraphine and Celeste, who were desperately trying to defeat the beast. Celeste was blasting the creature’s black, beady eyes with icicles, but the monster just swatted them away with a huge finger. I saw Celeste gritting her teeth.

“UGH! It’s not working!” Celeste groans. Seraphine was trying to burn the ugly giant with her not-so-big flames.

“Sienna, you’ve got to help! We’re useless against this colossal thing!” Seraphine yells. The beast suddenly used a huge talon to swipe her away while she wasn’t paying attention.

“Seraphine, watch o─” I try to warn her. But it was too late.

Seraphine soared through the sky, and soon, she was gone. I held back tears, and I was furious. I summoned all my anger. Aura’s fall, Seraphine getting thrust away like a rag doll, and I used all that anger to make a tremendous vine that wrapped itself around the creature’s legs. The monster easily ripped the vine away, which made me even angrier. I heard Celeste scream something, but I wasn’t listening. I conjured another vine, and this time it was thicker. I forced it to become even thicker. Thick enough for the monster to be unable to snap it. But all that power drained my already-tired body. The last thing I saw was Celeste sprawled on the ground, and Rogina struggling in the monster’s grasp. My world turned black.

Once I opened my eyes, I found myself lying in a treehouse. My head throbbed, and my bones ached.

“W-where am I?” I asked nobody in particular. I saw a blurry teenage boy walk towards me. He was wearing a red baseball cap.

“Who are you? Where am I? Are my sisters and Rogina okay?” I ask. I had so many questions rolling around in my mind.

“My name is Casper. You’re in my treehouse, and your sisters are fine. They are resting on the second floor.” Casper said.

I didn’t know treehouses had more than one floor, I thought.

“Okay… Casper. What happened exactly?” I ask. I blink, and Casper isn’t so blurry anymore.

“I remember that.” I murmur. “Were you the one who caught her?”

“Thank you so much. She would’ve gotten badly injured if you didn’t.” I tell him with gratitude.

“Rogina was caught by a Kelomuta.” Casper continued.

“A Kelomuta. It’s a scaly monster with huge talons. One slash from those talons, and you’re dead. The talons are coated in a poison that could kill you if it gets into your body.” Casper explains. “They are like dinosaurs, except a thousand times scarier.” he adds.

I shiver at the thought. “Anything else?” I ask.

“Seraphine was hit by one of the Kelomuta’s talons, but since the poison didn’t get into her body, I was able to cure her.”

I let out a sigh of relief. At least Seraphine and Aura were safe.

“What about Celeste?” I ask Casper. “I saw her sprawled on the ground before I blacked out or something.”

Casper bit his bottom lip. “She got a hard blow to the head.” he mumbled.

Now that got my attention. “What?! What happened?” I demanded.

“Right before you blacked out, Celeste got bonked on the head by one of the Kelomuta’s tough scales.” Casper explains. I clench my fists.

“UGH! I hate that Kelo-whatever-it-was!” I growl angrily.

“Now, now. No need to get angry. It’s gone now.” Casper said gently. I looked up at him. He had the same chestnut-brown eyes as Rogina, and also had the same hair color, and freckles. Then it hit me.

I smile, but it fades quickly. I just remembered that Rogina probably also got hurt.

Casper hesitates. “She got a few cuts from the Kelomuta.” he says, his voice no more than a whisper. I saw something so familiar in his eyes. Fear.

Hello everyone! I was nominated for The Black Cat, Blue Sea Award by Frappes and Fiction! Thank you so much Emily! I have an announcement to make. If you have nominated me for an award, and I haven’t done the post, it because I forgot to keep a list. 🤦‍♀️

So if you have nominated me for an award, if you can remember which one it was, please tell me in the comments and send me a link to the post where you nominated me. Thank you. 😊

2) Where do you see yourself in 5 years? Hmm… probably learning how to drive a car? (because I’ll be sixteen in 5 years. I’m *almost* eleven)

3) Why did you start blogging? I first started blogging to teach everyone how to make different crafts and post some smoothie recipes and stuff, but now my blog is about pretty much everything! 😄

Ariela on the Go

My questions for you!

What’s you favorite book/series, and why do you like it?

What’s your favorite season? Why?

What do you like to do in your free-time?

THANK YOU ALL SO MUCH FOR READING! 😀😀😀

Have a great day!

Okay, once you’ve finished reading that zig-zag of ‘How is everyone’, time for the REAL part of the post! 😂

I will be telling you all some of my favorite songs, and embedding the Spotify link. 😁

I hoped you enjoyed listening to some of my favorite songs, if you would like more of these posts, please tell me in the comments! 🤗 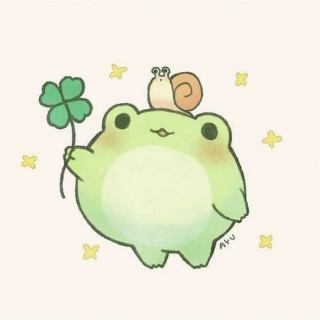 Hello everyone! 👋 My name is Selina, a young blogger who loves blogging at WordPress! I can speak three languages fluently: English, Chinese, and French. I love to read 📖, write ✍, listen to music 🎶, and much more. I absolutely ADORE books, and I have tons at home. 📚 Some of my favorites are the Harry Potter series, the Aru Shah series, the Percy Jackson series, The thing about Jellyfish, the Unicorn Quest series, the Geronimo Stilton series, and sooooo many more! I started this blog in September 2018, and I didn't post much. But I'm really getting into blogging now! 😆 I've been having an AWESOME time here in the blogosphere! I really hope you enjoy my blog. 😀

Select the language you want to read my blog in!

Dates that I have posted on!